Corporate video production is a much-maligned genre of film and video production. And we’ve all seen some excruciating examples of how NOT to make one!  But written and filmed with a bit of style and (dare we say it?) wit, a corporate video is still a useful tool – to rally the troops, reassure the shareholders and positively influence customers and suppliers. We have many years’ production experience of corporate films – let us put it to use for you!

So here are our tips on everything you need to make a great corporate video!

WHY CORPORATE VIDEO IS IMPORTANT 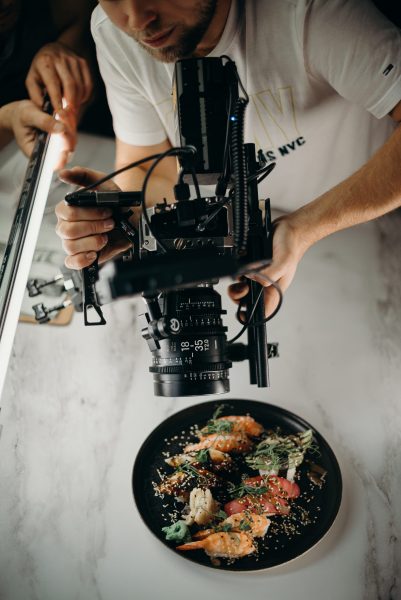 It’s very important that your organisation projects the right image and a well-made corporate video on a professional-looking website is one of the keys. That’s why corporate video is important!

What makes a good business video production depends entirely on what the objectives are and the type of company that commissions it. Effective brand storytelling will differ according to the aims, target audience, budget and a myriad other factors.  What suits a multi-national personal care products company will not suit a boutique web consultancy. One size does not fit all, so forcing an inappropriate idea onto the wrong type of client rarely goes well …

And bad corporate videos come in sorts and shapes and sizes – and prices! Having an inadequate budget is far from the only reason that some come unstuck. There are any number of reasons why corporate film production can go seriously wrong – but chief amongst these is having inexperienced people producing it.

With SPL you’re getting seasoned professionals who’ve had many years producing high-end corporate. Our standards and our experience will definitely benefit your next production.

WHAT IS CORPORATE VIDEO 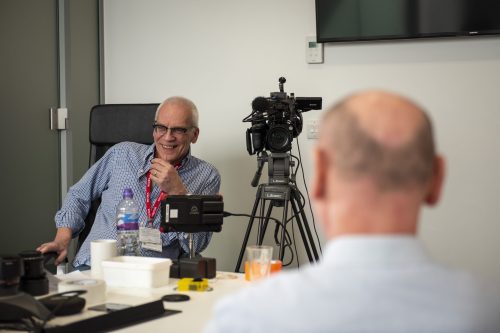 Corporate video can cover just about any kind of video presentation made by a commercial organisation or a charity. They could be training videos, a product video to launch something new, a case study video or an explainer video.

So asking what is a corporate video can have a very long answer!  And we haven’t yet talked about brand video, recruitment video, a testimonial video or even an animated corporate video!

They’re all different types of corporate films that we have extensive experience in making and it’s these types of business videos that we specialise in at SPL Communications.

See below for more about what makes a great corporate video and some examples of effective productions.

WHAT MAKES A GOOD CORPORATE VIDEO 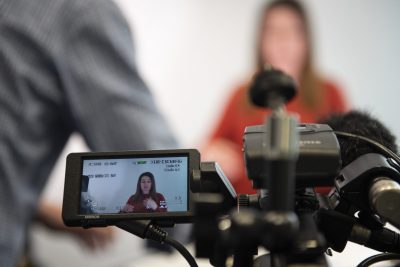 What makes a good corporate video is sometimes difficult to quantify. But normally it comes down to the idea and the execution. If both are done well, you’re halfway there.  Choose SPL as your corporate video production company and we’ll work with you to achieve the best creative idea as well as the best execution within your budget.

We have the experience and the track record. We know how to make corporate videos more interesting – and therefore more watchable. And that will increase your viewer engagement, ensuring brand videos perform better, reach more people and ultimately (if that’s the objective) make more sales.

Great corporate videos don’t have to cost a king’s ransom either.  A great idea and a competent execution are far more important than a massive budget. That’s why when you’re next looking to commission video for business, you should ask us to quote.

MISTAKES TO AVOID WHEN MAKING YOUR CORPORATE VIDEO 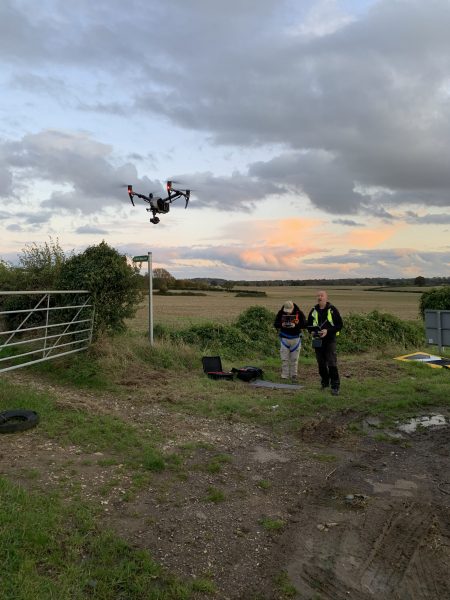 No clear vision: Ideally one person (not a committee) drives the company videos and defines the parameters (budget, aim, target, sales or whatever) beforehand.

Moving goalposts: Mission creep is a major factor in why films go wrong. Any good corporate video production company will be on the lookout for this, as they’ve often had bitter experience!

Personal tastes: If a commissioner’s personal tastes are allowed to have precedence over the objectives of the film, no-one will be happy and the film will not achieve its objectives. The target audience’s needs and desires are paramount.

Style over substance: You can fling a load of money at a production to make it look flashy but without a good idea in the first place, your film will still fall flat.

For lots more about this, see this article in our resources section. 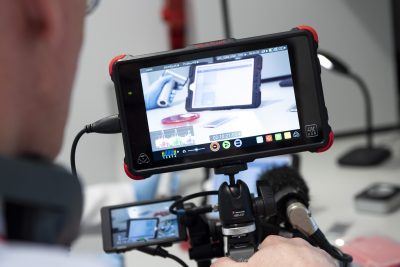 Professional video production starts with as decent producer. Someone who’s been around and had experience of producing for other similar-sized companies to yours. For the same reason that you wouldn’t make a recently qualified accountant your CFO, you don’t want a young inexperienced producer on your latest corporate video production.

So corporate film production is really all about the people and the ideas and not so much about the kit or techniques or (to a degree) the budget. Of course, no corporate video production can look good without a reasonable budget, but you may be pleasantly surprised at the low starting prices of some of SPL’s business video production services.

At SPL we’re all professional video production people. We know how to produce a corporate video that’ll be exactly what your company needs.

THE ART OF STORYTELLING 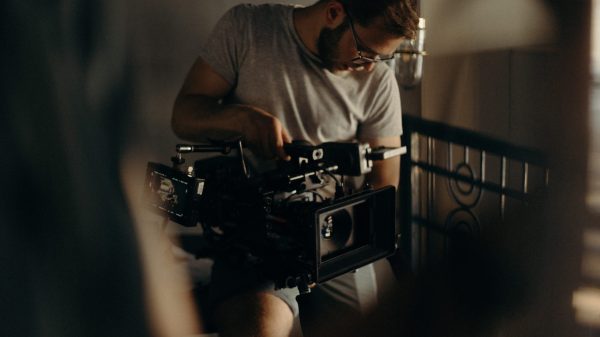 Every film – and that includes every corporate video – should have a structure and tell a story. The structure makes it understandable to the audience and the storytelling keeps them watching. It’s that simple. So what you might call brand storytelling is crucial in what we do.

What makes a good story is rather harder to answer, but over the years we have developed a system to distil down the very essence of the communication so that we can produce for you an authentic and enthralling company video that fully incorporates the art of storytelling into its structure.

Why is brand storytelling important? It’s all about the engagement. Get that right and your company video will inspire and motivate. Get it wrong (or ignore our advice about storytelling techniques) and it’ll be ‘just another dull corporate …’

HOW TO DO A CORPORATE VIDEO 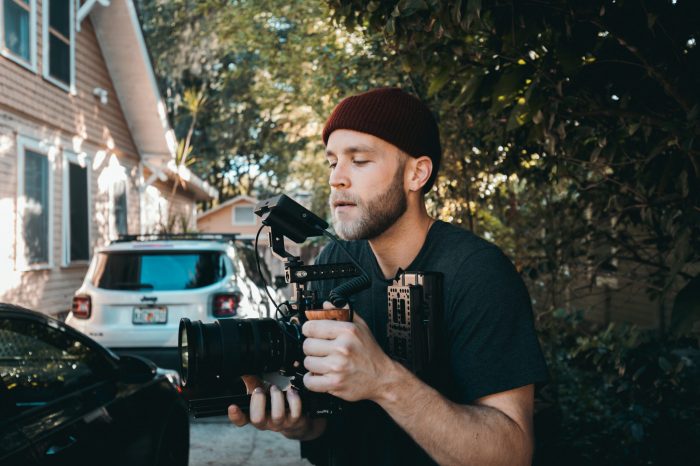 If you want to know how to create a corporate video, you might like to take a look at our Pre-Production page which details some of the processes we need to go through before we start filming. There’s quite a lot. And having enough time to do all these certainly pays dividends when you come to shoot. Equally, after the filming, there are almost as many post-production processes – as explained here.

A lot of the hours that a corporate video company spends working on your production, pre and post-shoot will be boring behind-the-scenes stuff. The exciting bit starts when we cast actors, look at potential locations or get in the studio!  Before that, making a corporate video is much like any other work process. Lots of meetings, emails and lists! Not glamorous at all.

Our processes are designed for this and will ensure that you’re kept up to date all the way through the process – as much or as little as you desire.

PZ Cussons 125th Anniversary.   PZ Cussons asked us to put forward creative ideas for a major retrospective – showing the history of their company over 125 years.  We created a 19th Century trading post in Sierra Leone and a 1940s laboratory in Salford as part of the storytelling, together with sections we shot in Africa, Asia, Greece and England.

Steamhaus:  After a successful (and very quirky) launch video we worked with Steamhaus on several other films, two being testimonials. We stylishly showed the story with two client testimonials as well as in some of the talented Steamhaus team. Client testimonials are one of the most powerful ways of telling a story; done right, they have authority, authenticity and can accurately reflect your brand story.

MINI – We filmed the launch of the MINI 7 special edition and lots more MINI-related activities at Goodwood Festival of Speed, shooting all day and editing until late most evenings. This included several time-lapse cameras. The following day, cuts were released on social media.

Radbrook Technology Centre – We filmed a ‘day in the life’ story of one of the technical leaders at the Radbrook Technology centre of one of Britain’s major banks. Starting off with an early call home in Manchester, we followed him through a fascinating day in and out of the office. (Directed by Ian Sandall; 90 Seconds TV production.) The whole film only took a day to shoot with the shots of Manchester picked up the following day.

How much does a corporate video cost?  Well, that’s a loaded question! At SPL we believe that our corporate film production services are very keenly priced for the level of experience and expertise we deliver. You will find inexperienced people who will charge less than us. That’s your judgement call.

The cost of corporate video production varies greatly according to any number of factors. Chief amongst these are the number of filming days, the size of the crew, the location(s) needed and the post production requirements. And having a pricelist is nigh on impossible – apart from anything else, it would make the average Chinese takeaway menu look concise!

Suffice to say our clients tell us that we deliver cost effective video production. For more information about costs, check out this article in our Resources section.

READ MORE ABOUT OUR PRODUCTION PROCESS
"

We are very happy with the final product, which is rapidly accumulating views - and likes - on our YouTube channel. The video is polished and engaging with a fluent voiceover and narrative trajectory that is compelling and intriguing.'

The attention to detail from brief to final film from SPL is superb.  Getting to grips with the issues, showing clear understanding of the task in hand and then executing it is rare and Ian managed to do this perfectly and quickly.  His guidance and suggestions resulted in films that exceeded our expectations.  I can’t recommend SPL highly enough.

If you had to go into a warzone, you'd want Ant Middleton beside you. Whatever happens, you know he's got your back. If you're making a video, you need Ian Sandall. He's the Ant Middleton of the video world. Ian knows what has to happen to make a successful video. Whether it's your own money or your marketing budget, you can relax if you get Ian involved. Thoroughly recommended.

We were delighted with the videos produced by SPL. We were also impressed with Ian’s understanding of our processes, enabling him to ask the right questions when interviewing and then structure the videos to appeal to our target audiences. I can highly recommend SPL to anyone looking for a professionally-produced technically-based video."