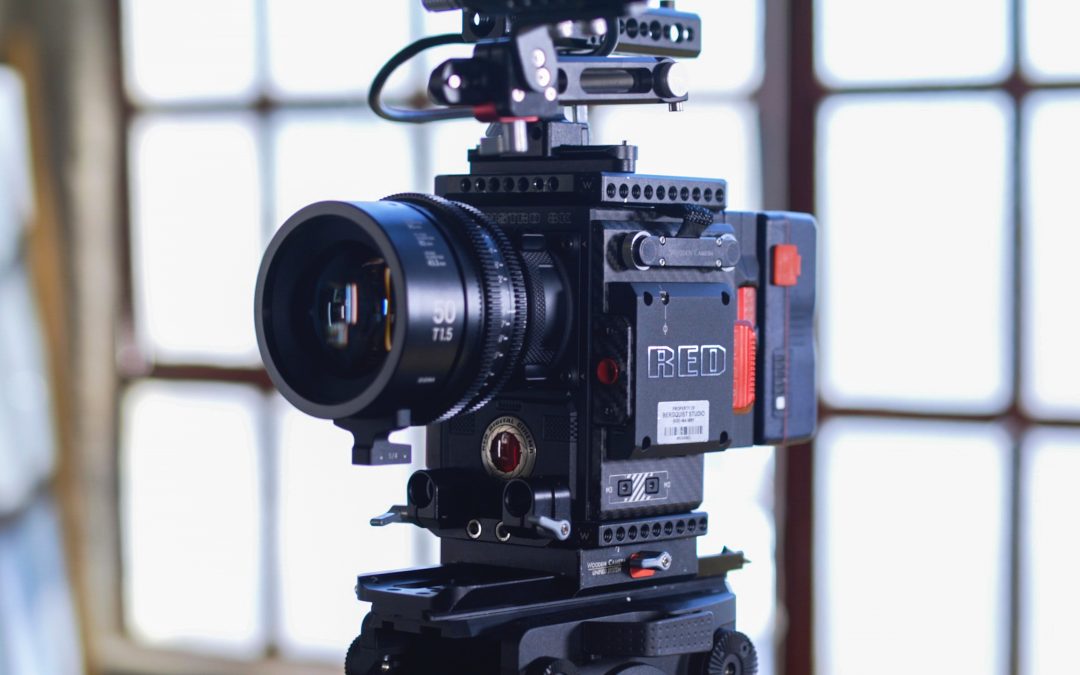 The director prepares the Shot List in this way in order to to make it as fast as possible to shoot. Moving the camera and re-setting the lights takes time. (More time than you might think!) So the director in conjunction with other members of the crew, will organise the shot list to minimise moving and different set-ups as much as possible.

The Shot List also acts as an ‘aide memoire’ to make sure no shots are missed out. It can happen! 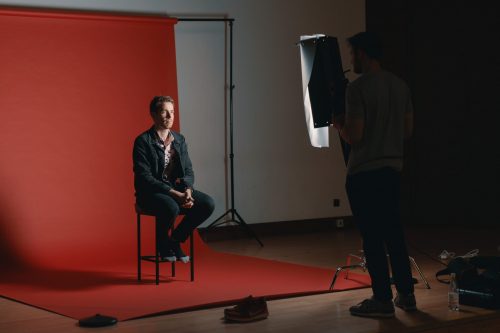 Even a very simple shoot should have a shot list. In the heat of the action, things can get forgotten but having a shot list and crossing things off as you shoot them is definitely worthwhile.

Search the web for examples of shot lists from well-known directors or templates to use yourself.

Often on smaller shoots, directors will part-schedule the shoot as well and you can end up with a schedule-cum-shot-list like this: 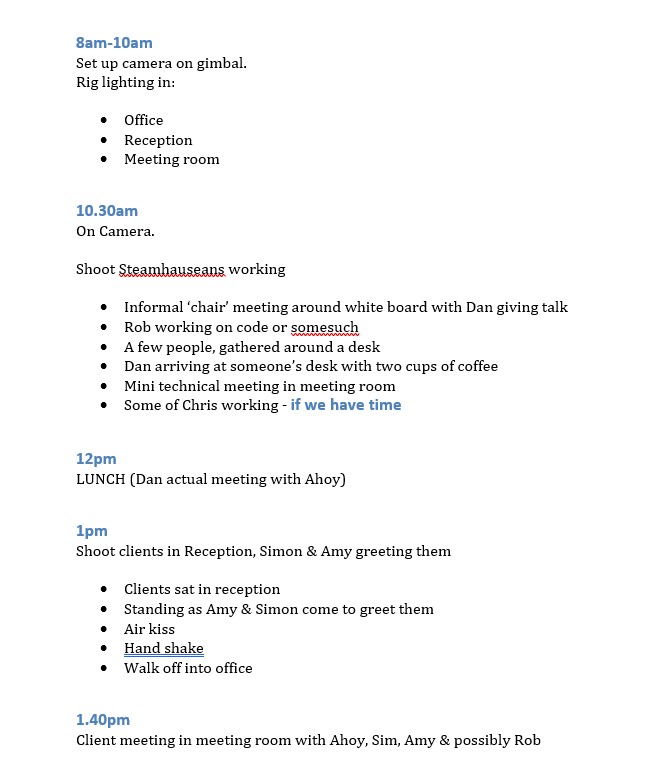