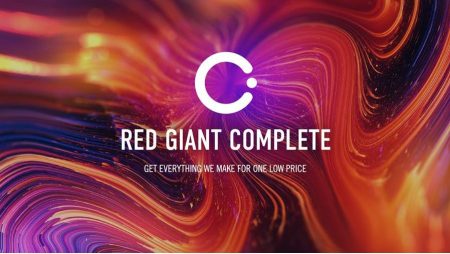 I’ve been using Red Giant software for over 10 years now.  From the earliest iterations of Magic Bullet to what has now become a very comprehensive set of plug-ins for most popular NLEs, I’ve rarely had to look past what their software offers to find a cool creative look or a pragmatic solution to whatever I’ve been trying to ‘fix in the edit’. And according to Red Giant I’m one of over 250,000 people regularly using their products in the film and TV industry.

So I’m a fan. But not a fanboy.  There is a difference.

To change the subject a little …

Software on subscription is a popular financial model in the B-to-B environment. From all-encompassing platforms like SAP to specialized academic software with just a few hundred users worldwide, subscriptions allow companies to continuously develop their products whilst having a degree of certainty about whether they can afford to pay the help at the end of the month.  In other words, it attempts to avoid the boom/bust cycle of (say) video games and other pieces of software that are rather more ‘one off’ events.

Of course, the cynical might say that this funding model also allows the software companies to use their subscribers as beta-testers. And a few Creative Cloud releases ago, I would have agreed with you. But that’s another story…

So now Red Giant has launched Red Giant Complete. Every piece of software they produce is included – but on subscription. They say that it’s ‘been available to our volume customers for years … and now due to popular demand … to all our customers.’

OK so let’s take that apart.  I use Universe, Pluralise and Magic Bullet suite most.  I rarely have the need to use the others but they’re nice to have. (And I might use them more in future of course.) But like paying for all of Adobe’s Creative Cloud, the programs you have to treat as ‘free’ are the ones you don’t use every day.

So is it worth it? If you look at it that way it’s … OK.  Yes, only OK due to what they’re asking for it, which we’ll come on to later.

I should point out that each suite is still available to purchase outright individually but you won’t be eligible for upgrades as and when these are released.  It seems the only way to get these is to subscribe.

So let’s see what Red Giant Complete gets you:

In no particular order (and the usefulness will depend on what you do and what NLE and motion graphics program you use):

Inside Trapcode there are 11 completely different effects – mainly for motion graphics. They all work on AE (both Mac and PC) and three work within Premiere from CC 2017 onwards.

Magic Bullet Suite 13 is a set of plugins for colour correction, finishing and film looks. With powerful real-time colour grading tools, video denoising, and cosmetic retouching, you’ll have everything you need to make your footage look great, right on your timeline.

As well as the classic Looks plug-in, this suite features six others (most are amazingly simple to use and deliver excellent results) all for various types of colour correction or picture manipulation, including de-noising and re-noising.

Magic Bullet Suite 13 works on most NLEs as well as AE and Apple Motion. This iteration is now three years old – but still the ‘go to’ grading tool for many editors – this writer included!

Universe launched two or three years ago and is a set of really interesting video transition and effects plugins for editors and motion graphics artists. Stylize your footage with authentic retro and modern day looks, and generate beautiful looping backgrounds, glows, text animations and other effects. Universe gives you better results and more shortcuts than anything in your host editing app.

Altogether there are around 80 effects. But some are rather specialised and some (let’s be honest here) you’d rarely use unless you wanted a whole 80’s vibe to your shows! However, some are my go-to wipes and dissolves, they’re that useful!

Universe works on just about everything, PC and Mac. Since launch it’s always been a subscription service at $199 a year.

VFX Suite is a set of plugins for keying, tracking, cleanup, and visual effects compositing inside After Effects. There are nine different plug-ins. VFX Suite makes it easy to create seamless composites and gives you tools for fast, accurate motion tracking and object replacement/removal. And if you need beautiful glows, distortions and lens flares – VFX Suite has got that too. It’s worth persevering with some of these effects I have found – they require a bit of experimentation to start with. Here’s where Red Giant’s fully-featured trial is very useful!

This suite only fully works in AE. But four of the plug-ins also work with Premiere.

Allowing you to bring your footage from set with confidence, Shooter Suite gives you the fastest, most accurate A/V sync available, rock solid camera card backups, and additional tools for working with older formats.   I’ve always found Shooter Suite to be a bit of a misnomer as three of the four elements of the set are really post tools.

I have written about Offload before and it’s still as useful as ever – if you’re a DIT. The other three parts of this set are Pluraleyes – the magic syncing app that’s one of the Red Giant products I tend to use most, as well as two plug-ins to upscale or convert older footage. Useful to a point but somewhat niche.

So altogether, a very comprehensive selection of plug-ins. Or on the other hand you could call it a mixed bag.  If you work with AE (and edit on Premiere) you’ll get the best value out of Red Giant Complete. For others (and those who perhaps don’t do a lot of motion graphics) and edit on FCP, Resolve, Avid or anything else, the usefulness decreases substantially.

As ever, all Red Giant programs are available as a trial download. These are normally time-limited, but are fully featured so it’s certainly worth downloading some to see how you like them.

To load and administer all these programs there’s a brand new version of Red Giant Installer. If you have existing Red Giant programs you have to delete them all and re-install from this interface, which obviously takes some time. But once everything is installed, all licences validate quickly.

So how much does it all cost?  Coming to the whole suite ‘clean’, you’ll pay $599.00 per year. If you’re already an owner, you’ll get 50% off your first year. If you’re a student or educator, you’ll pay $299.00, again with a 50% discount for existing users.  Red Giant compare that favourably with paying full purchase price for all the suites at $3,495.00. But that’s not really comparing apples with apples in my view. If you’re interested, it’s all on the site.

But unlike Adobe Creative Cloud, there is no monthly payment option. To me, this seems odd.  Neither can you choose to licence just one or two suites on a subscription basis, according to your needs (again as Creative Cloud offers.)  Both of these and what is quite a high price (admittedly for a lot of programs though) seem to me to be omissions that could lose Red Giant users long-term – or worse, drive them into the hands of pirates.

On the other hand looking at the editing environment, Creative Cloud is now firmly established as a subscription model (it’s actually been around almost seven years at the time of writing) whereas you can buy either the fully featured Da Vinci Resolve Studio or Final Cut X for $299.00 currently and updates are free. So one group of users is used to paying this way already – and these are Red Giant’s main targets as everything they make works with Creative Cloud.

So I suppose that subscriptions seemed a logical step.  But whether every user will be willing to cough up annually remains to be seen; only RG know how many users are corporate and educational (who you’d expect to go with that as it’s easier and the costs can be planned in) and how many are freelancers who may or may not have the cash at renewal time.

But let me be clear here. The Red Giant programs themselves are great – especially if you’re a Creative Cloud user. It’s just the way they have been bundled together and the inflexible subscription models that in my view won’t do them any favours.

But perhaps here’s a reason:

Hot on the heels of the announcement of Red Giant Complete in November ’19 came the news the following month that Red Giant is merging with Maxon, the publishers of Cinema 4D.

Maxon announced earlier in 2019 that thy were moving Cinema 4D away from outright purchase to a subscription model and that although you can still buy a full version of Cinema 4D outright (at a whopping £3,300.00 currently in the UK) and you’d get a perpetual licence, it would be the current version only – implying no updates. Mainly, Cinema 4D seats are now sold on subscription (annually or monthly I should point out) at anywhere between £55.00 and £120.00 a month.

Maxon is already owned by the Nemetschek Group – a German-based multi-national who are world-leaders in visualization and design software, primarily for the building/architecture industry. And I guess that the vast majority of their software is already sold on subscription.

So this news could actually be rather more seismic than the launch of Red Giant Complete. Does it infer a big shift for Red Giant? Will it change from a company that positioned itself as a bunch of knowledgeable coders and filmmakers who built cool apps to just the Portland, OR regional office of a multi-national?

Well that remains to be seen.

The fact is that Red Giant’s products are generally very very good. How much you value them – and value always having the latest versions – is the million-dollar (or should that be $599?) question.

UPDATE: April ’20: Red Giant are now offering a monthly subscription. I wonder why?